Founded by Dr. Pernessa C. Seele, The Balm In Gilead, Inc. was created to uplift and enlighten people of color. Presently, the organization continues its mission to build and strengthen the capacity of faith communities in the United States and the United Republic of Tanzania (East Africa) to deliver programs and services that contribute to eliminating health disparities among people of the Black Diaspora. Celebrating over 33 years of service, Dr. Seele continues to surround herself with those who believe in her vision and rally around her to execute her dreams of empowering the African American and African communities. 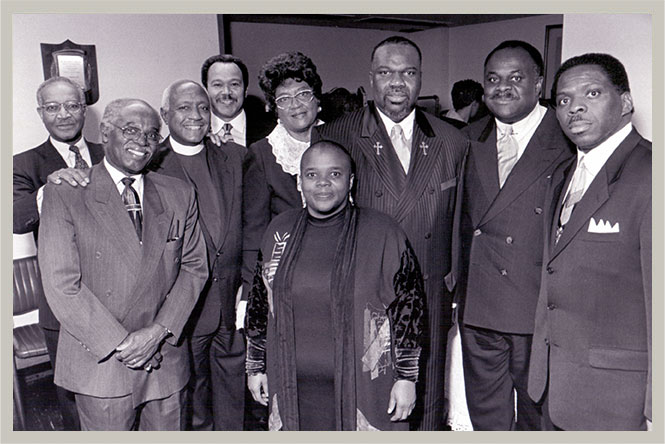 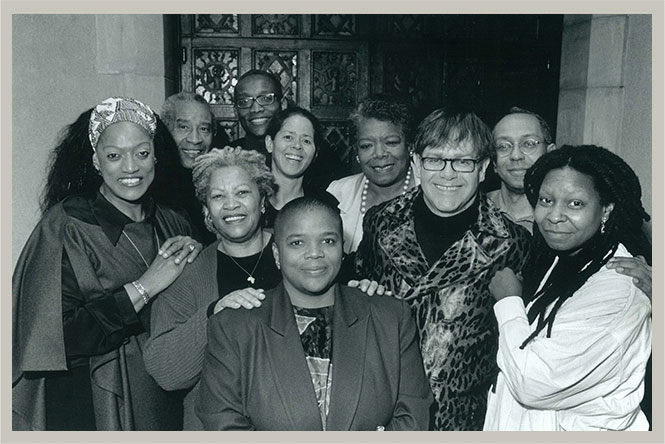 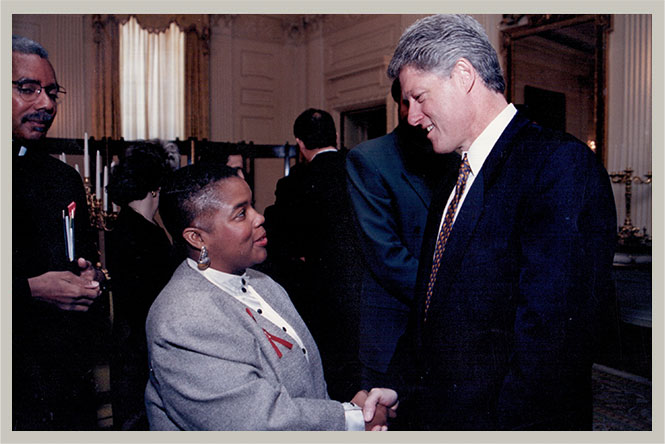 The Harlem week of Prayer for the Healing of AIDS was the flame that gathered five religious sectors together to begin to openly talk about the devastation of the AIDS epidemic and its impact on the Black community of Harlem. This now historical AIDS awareness campaign ushered in a paradigm shift for the inclusion of faith communities in developing and implementing public health awareness strategies in communities of color both in the United States and abroad.

1993: The 5th Annual Harlem Week of Prayer for the Healing of AIDS launches The Black Church National Education and Leadership Training Conference on AIDS at the Schomburg Center for Research in Black Culture (Harlem, NY). Opening Keynote speaker was Jonathan Mann, MD, Global Acclaimed pioneer of the international campaign against AIDS; First director of the World Health Organization Global Program on AIDS; Founding Director of the François-Xavier Bagnoud Center for Health and Human Rights at Harvard University.

1994: The Balm In Gilead Inc. is incorporated and becomes the First Non-Profit with the exclusive mission to build the capacity of existing faith leaders and faith communities throughout the African Diaspora to address a major health issue through prayer, education, advocacy and services.

1997: The Black Church Week of Prayer for the Healing of AIDS is recognized by the CDC and replicated in partnership with organizations located in Nashville, TN; Richmond, VA; Oakland, CA; Atlanta, GA; Kansas City, MO. This replication network grew to over 77 partnering organizations throughout the US.

1997: The Balm In Gilead publishes Though I Stand At The Door And Knock: Discussions on the Black Church Struggle With Homosexuality & AIDS 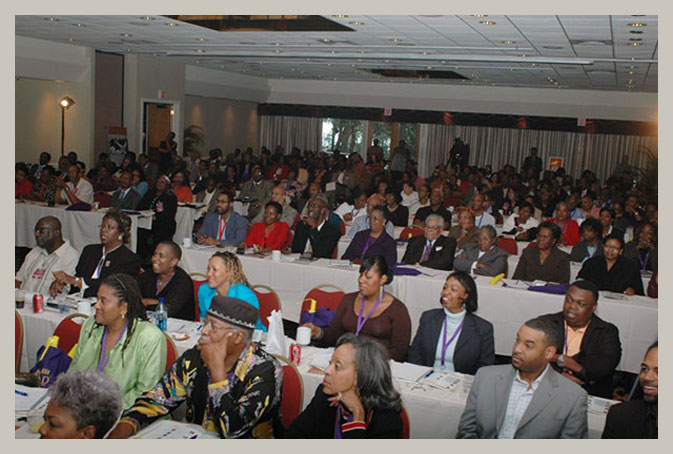 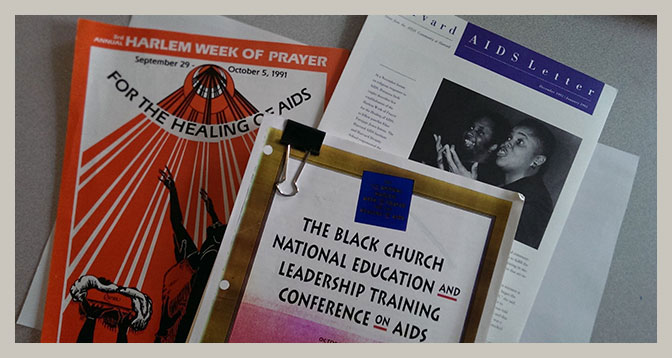 2000: The Black Church HIV/AIDS Institute is held at Tuskegee University and is recognized as a definitive national training forum for African American clergy on HIV/AIDS.

2000: From Harlem to Soweto (South Africa) The Balm In Gilead’s first global effort to connect the African and African American communities’ fight against HIV/AIDS, through a LIVE joint-simulcast of two worship services. Harlem and Soweto’s congregation connected to raise awareness of HIV/AIDS on two different continents.

2003: The Balm In Gilead’s Faith Based HIV Community Mobilization model is recognized by both the US Centers for Disease Control and the President Emergency Plan for AIDS Relief (PEPFAR). The model is translated to other disease state awareness campaigns.

2003: Legendary Singer Nancy Wilson presents A Holiday Evening at the Waldorf, a benefit performance for The Balm In Gilead.

2005: The Balm In Gilead establishes the Tanzania Interfaith Partnership, forging a collaboration with the three national religious organizations to fight AIDS in Tanzania. The religious organizations were: TEC (Tanzania Episcopal Conference), CCT (Christian Council of Tanzania) and BAKWATA (Muslim Counsel of Tanzania) as well as, the Office of the Mutfi of Zanzibar.

2006: The Balm In Gilead moves its headquarters from New York, NY to Richmond, VA.

2006: The Balm In Gilead publishes The Black Church Speaks! A collection of Historical Sermons on HIV/AIDS by African American preachers.

2006: Founder/CEO, Pernessa Seele, becomes a TIME 100 recipient and featured on the Cover of TIME Magazine as One of the Most Influential Persons in the World

2007: President George W. Bush invites founder/CEO, Pernessa Seele to the State of the Union to emphasize the role for Faith-based organizations in addressing AIDS and to highlight the success of PEPFAR in Africa.

2008: The Balm In Gilead establishes The African American Church Inaugural Ball in honor of the Election of Barack H. Obama, as the 44th President of the United States. A historical compilation of Black history was commemorated to the words of Lift Every Voice and Sing for this memorious occasion. 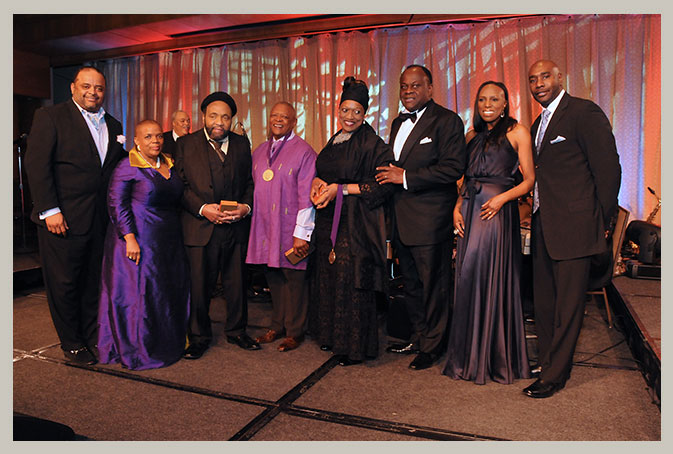 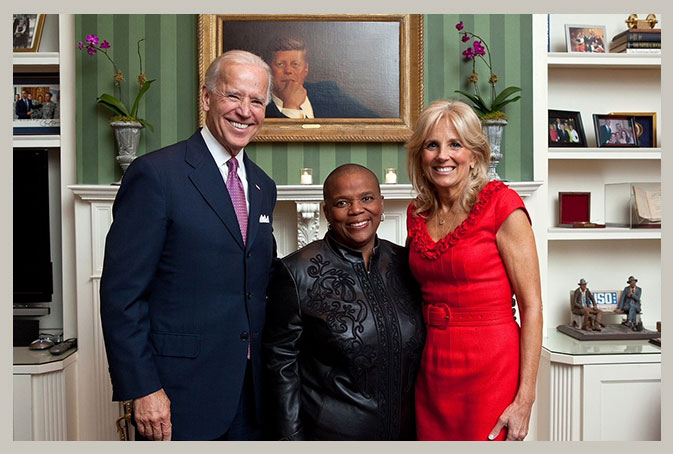 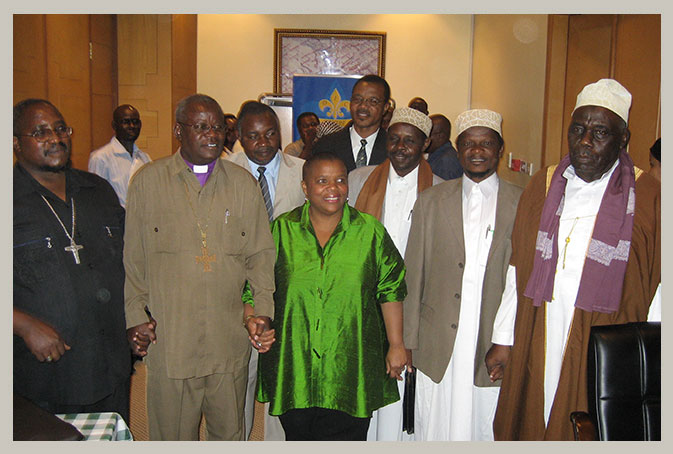 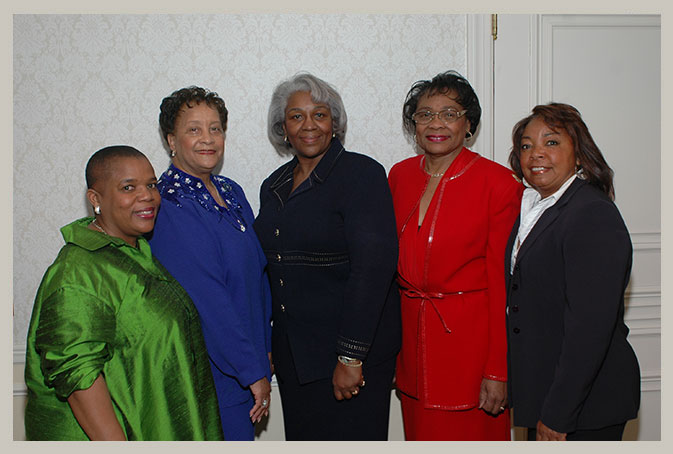 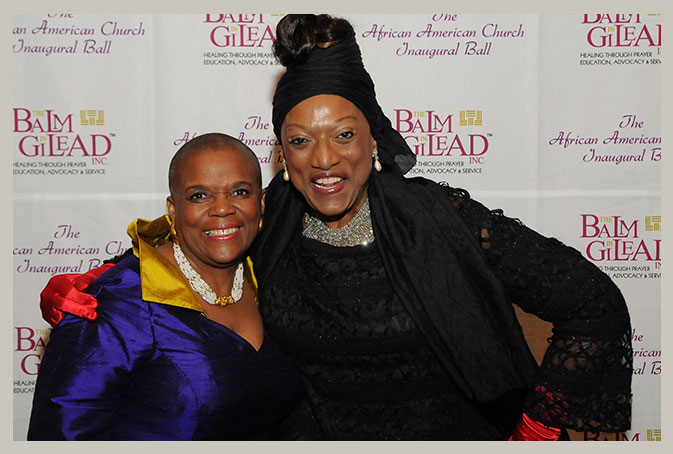 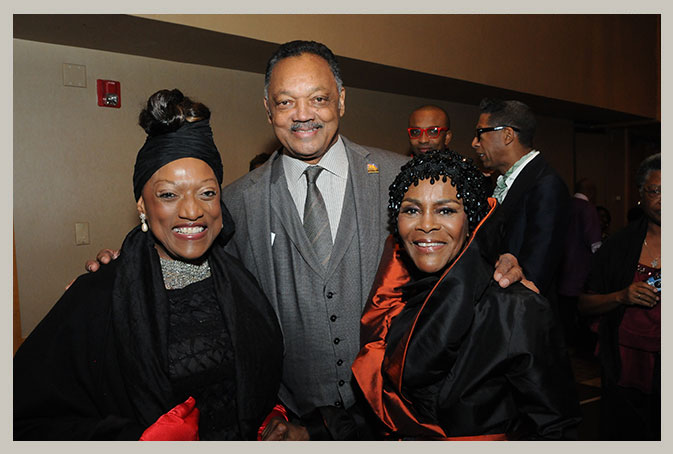 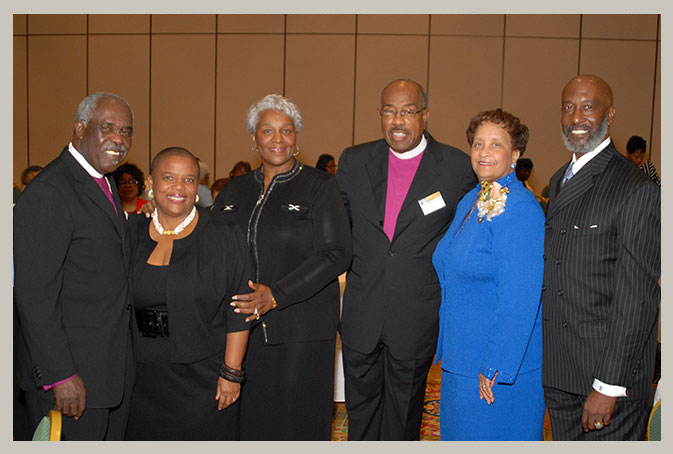 2011: The African American Denominational Leadership Health Initiative receives a US Congressional Citation, being recognized as the first in US history to merge three historical Black Church denominations joined together with non-profit organization for the provision of technical assistance to address health disparities within African American communities.

2015: The National Brain Health Center for African Americans is established to raise awareness of the issues affecting cognitive health among African Americans via the capacity development of African Americans congregations to become an integral partner in prevention, disease management, caregiving and engagement in clinical studies.

2017: Memory Sunday is launched, as a designated annual Sunday on the ‘Second Sunday’ of June within congregations serving African Americans to bring national attention to the tremendous burden that Alzheimer’s and other Dementias place on the African American community.

2017: The Southeast Diabetes Faith Initiative is launched in 5 Southern States — Virginia, North Carolina; South Carolina; Georgia; and Alabama – to expand access and utilization of the Centers for Disease Control & Prevention (CDC), National Diabetes Prevention Program. The Balm In Gilead expands its organizational structure to include State Managers, Program Coordinators and Life Style Coaches in each state.

2021: The 8th Annual Healthy Churches 2030 Conference is recognized as one of the most important conferences of the year focusing on health disparities among African Americans.