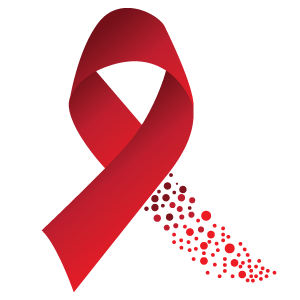 The 32nd Annual National Week of Prayer for the Heading of AIDS Noonday Prayer Series wil be held every day for March 8th – March 12th, 2021, at noon. This 15-minute prayer will be conducted by a different pastor each day. 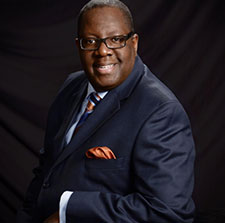 A native of Dallas, TX, Reverend George C. Woodruff, Jr. is the Pastor of Columbus Avenue AME Zion Church in Boston, MA. He was educated in the Indianapolis Public School System and attended the Howard University in Washington, DC. 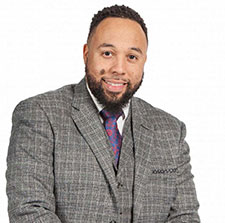 Rev. Dr. Quientrell L. Burrell, Jr. accepted the call to the gospel ministry at 20 years of age and was licensed by the Antioch Baptist Church under the leadership of Dr. Phillip E. Elliott, Pastor. He is a graduate of Long Island University with a Bachelor of Fine Arts in Communications and Broadcasting. He a 2007 graduate of the Shaw University Divinity School, attaining the Masters of Divinity.

In November of 2001, a call was extended from the First Baptist Church of Weldon, N.C. to Pastor Burrell to serve as its youngest Pastor in the 149 year history of the church. During the past thirteen years, the church has seen tremendous growth, spiritually, numerically and financially. Pastor Burrell is affiliated with numerous civic organizations and associations. He maintains current membership in the National Baptist Convention USA, Inc. 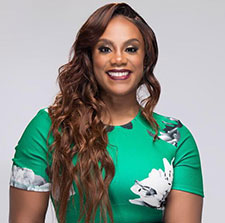 Pastor Miah White is an international worship leader, Intercessor, songwriter, minister, mentor, entrepreneur, exhorter and teacher whose life is reaching many around the world. She is true worshipper, lover of Christ and His people, born out of her relationship and experience with the Lord.

She has served as Overseer of Worship & Arts for Voices of Faith Ministries under the leadership of Bishop Gary Hawkins Sr. and currently holding the position as the International Overseer of Worship for Full Gospel Baptist Church Fellowship – Presiding Bishop Paul S. Morton Sr.

In January 2017, under the direction of Holy Spirit, the name of West End Mt. Carmel Full Gospel Baptist Church was officially changed to The Worship Center; representing the full action and direction of this ministry. 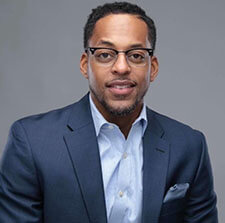 Dr. Weldon McWilliams IV is the pastor of Christ Temple Baptist Church. He believes that in order to carry out the work of Jesus Christ, one must be active inside and outside the church, and that the fight for justice is an integral component of one’s Christian duty.

In May of 2010 Dr. Weldon McWilliams IV received his Ph.D. from the Department of African American Studies at Temple University in Philadelphia, PA. Currently, he is an Assistant Professor of History at the State University of New York (SUNY) at Dutchess Community College located in Poughkeepsie, NY, where he teaches United States History, United States Government and African-American History. 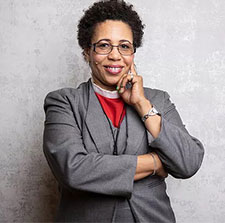 Rev. Cassandry Keys, a native of the Mississippi Delta, has endeavored to live out her calling by allowing God’s love and compassion to flow through every facet of her ministry. Her ultimate desire is to be an active participate in the Kingdom of God on earth as God’s communities are empowered to live out the cultural mandate of good stewardship and healthy fellowship.

The journey in ministry began in 1993 under the leadership of the late Rev. L. T. Keys, Sr. and Presiding Elder Kenneth Carter (now Bishop). She was assigned to Bunton (Spartanburg, SC) in August 5, 2015. Further, her witness continues as she also serves as Presiding Elder of the Winston Salem-Greenville District comprises churches in North Carolina, South Carolina, & Virginia.

This “Southern Rose” has not neglected to “study to show” herself approved for this audacious ministerial dispensation. The pursuit of academic excellence is affirmed by successful completion of Bachelor of Science in Business Accounting (Belhaven College, Jackson, MS), Master of Divinity (Phillips School of Theology at the Interdenominational Theological Center, Atlanta, GA), and Masters International Finance (University of South Alabama, Mobile, AL). She has been honored with numerous awards and honors but none compare to the blessing of seeing relationships restored and lives renewed as she yields herself to call and will of God in this season.

View our Facebook Live broadcast featuring Dr. Pernessa C. Seele, Founder, and CEO of The Balm in Gilead, along with HIV & AIDs pioneers Rev. Dr. Yvette Flunder, and Rev. Edwin Sanders. Join the dynamic trio as they discuss HIV: Then and Now. 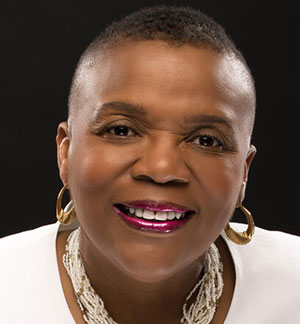 Dr. Pernessa Seele is Founder and CEO of The Balm In Gilead, Inc., a not-for- profit organization, celebrating 30 years of providing technical support that strengthens the capacity to faith institutions in the USA and in Africa to promote health education and services that contribute to the elimination of health disparities.

As a pioneer in developing public health & faith based models for engaging individuals in health promotion and disease prevention interventions, Time Magazine 100 named her One of the Most Influential Persons in the World in 2006; Essence Magazine, in its 35 Anniversary issue, named Dr. Seele one of the 35 Most Beautiful and Remarkable Women In The World; In May 2010, Dr. Seele was selected as 21 Leaders of the 21st Century of Women E-News in New York City. Clark Atlanta University honored Dr. Seele with the 2008 Pathway of Excellence Award, citing her as one of its most outstanding graduates of all time. In October 2017, His Eminence, Timothy Michael Cardinal Dolan, Archbishop of New York, bestowed the Pierre Toussaint Medallion upon Dr. Seele.

Dr. Seele is the author of Stand Up to Stigma! How to Reject Fear & Shame. She is an honorary member of Alpha Kappa Alpha Sorority, Inc. She received a Bachelor of Science degree and Master of Science from Clark Atlanta University in 1976 & 1979 respectively, and a Doctorate of Human Letters from the College of New Rochelle, NY in 2007. She is a native of Lincolnville, SC. 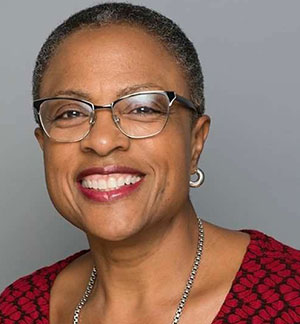 Rev. Dr. Yvette Flunder, a San Francisco native, has served her call through prophetic action and ministry for justice for over thirty years. This call to “blend proclamation, worship, service and advocacy on behalf of those most marginalized in church and in society” led to the founding of the City of Refuge United Church of Christ in 1991. In 2003, Rev. Dr. Flunder was consecrated Presiding Bishop of The Fellowship of Affirming Ministries, a multi-denominational coalition of over 100 primarily African American Christian leaders and laity. Rev. Dr. Flunder is on the Board of Starr King School for the Ministry and DEMOS and has taught at many theological schools. She is a graduate of the Certificate of Ministry and Master of Arts programs at Pacific School of Religion, and received her Doctor of Ministry from San Francisco Theological Seminary. She is also an award winning gospel music artist and author of Where the Edge Gathers: A Theology of Homiletic and Radical Inclusion. 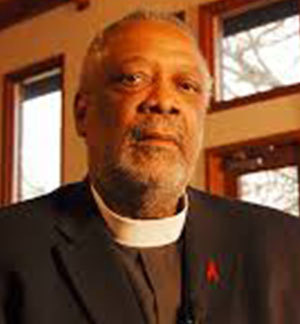 The Reverend Edwin C. Sanders, II, is the Senior Servant and Founder of Metropolitan Interdenominational Church (established 1981) in Nashville, Tennessee. This congregation attracts a broad cross-section of people with the mission of being “inclusive of all and alienating to none.” Metropolitan has outreach ministries in the areas of substance abuse, advocacy for children, sexual violence, and harm reduction, and since 1984 has provided services to persons infected with, and affected by, HIV/AIDS with the First Response Center being founded in 1992.
In Nashville, Tennessee, Rev. Sanders has served as Pastoral Counselor for the Meharry Medical College Alcohol and Drug Abuse Program, Director of the Southern Prison Ministry, and Dean of the Chapel at Fisk University. Appointed to the CDC Advisory Committee on HIV and STD Prevention during the Clinton Administration, he served five years on the Presidential Advisory Council on HIV/AIDS during the Bush Administration. He also served as co-chair of the National Syphilis Elimination Working Group and was involved with the Obama Administration White House Office on AIDS in implementing the National AIDS Strategy. Rev. Sanders presented at the International AIDS Conferences in Switzerland, South Africa, Canada, Austria, the Netherlands and the United States, and at the AIDS Vaccine 2011 Conference in Thailand. Rev. Sanders serves on the Boards of Directors of The National Minority AIDS Council, The Drug Policy Alliance, and Project Return addressing recidivism and mass incarceration. He is the National Coordinator of Religious Leaders for a More Just and Compassionate Drug Policy. 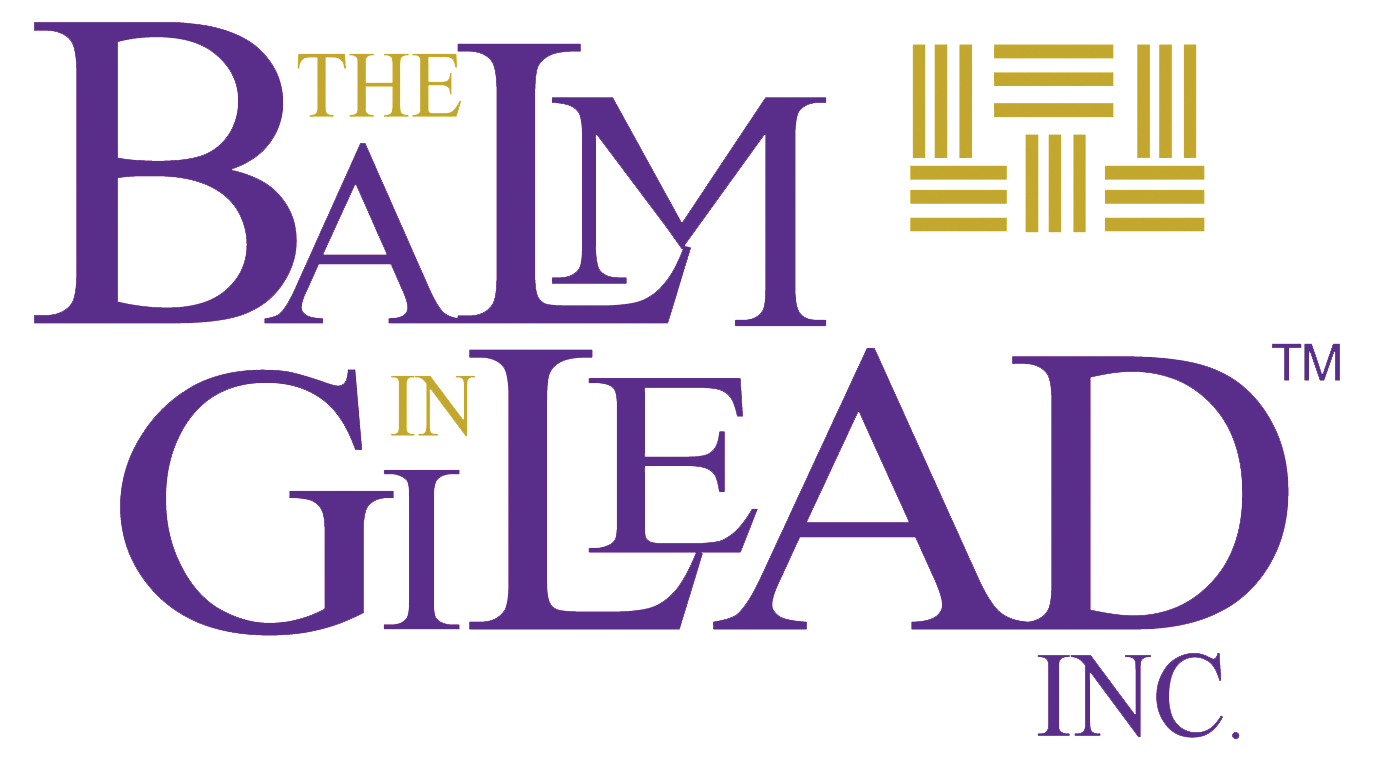 The mission of The Balm In Gilead is to prevent diseases and improve the health status of people of African Descent by supporting faith institutions in areas of program design, implementation, and evaluation to strengthen their capacity to programmatically eliminate health disparities.